For those of you reading this who are not weather savvy, the part of Tennessee we live in is “affectionately” called Dixie alley because of all the tornadoes we have. We usually don’t get as many tornadoes as the plains states but ours occur year round and we normally have more damage due to the higher concentration of wooded areas (i.e. flying trees). Personally over the years we have had lost parts of the roof, barns, livestock, fence, steps, a home air conditioning condenser ( technically it wasn’t lost just picked up and slammed against the house) and more downed trees than I can count. And for the record the biggest tornado to hit the farm was not forecast or announced by the national weather service until I had sections of barn deposited half way across the county.

The picture below was taken several years ago while driving home from work. As a side note later in that same trip I had the unique experience of having a different tornado on both sides of the car at the same time while traveling (no pictures of that one, I was preoccupied trying to survive, sorry). 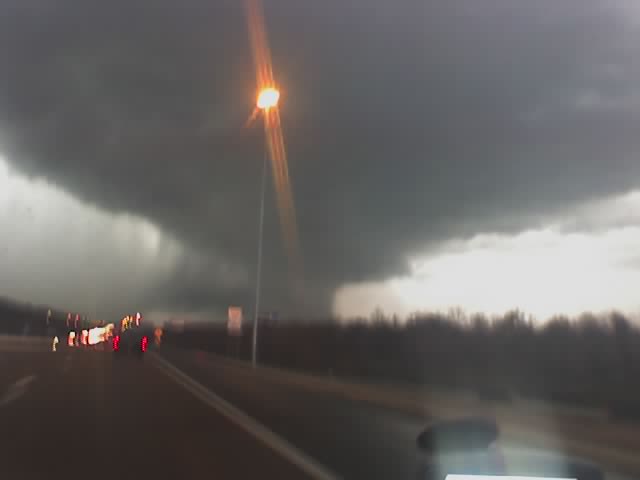 Since the TV weather people have a tendency not give us enough warning during severe weather or have realistic weather expectations (what exactly does a 20% chance of rain mean anyway) we now have our own weather station. We are not weather professionals but we can tell bad weather when we see it. An example from a personal observation; I have been able to ascertain that if water is falling from the sky, there is a high percentage of rain (again not always reflected in the daily forecast from the true weather professionals). We have actually gone through 2 weather stations over the past few years.

With my grandchildren at the farm on a fairly frequent basis we bit the bullet and added a tornado shelter a couple years ago. This is not to be confused with some sort of doomsday bunker that is stocked with 97 years’ worth of food (It’s barely big enough to hold the family in an emergency) but it works for short periods of time during storms. 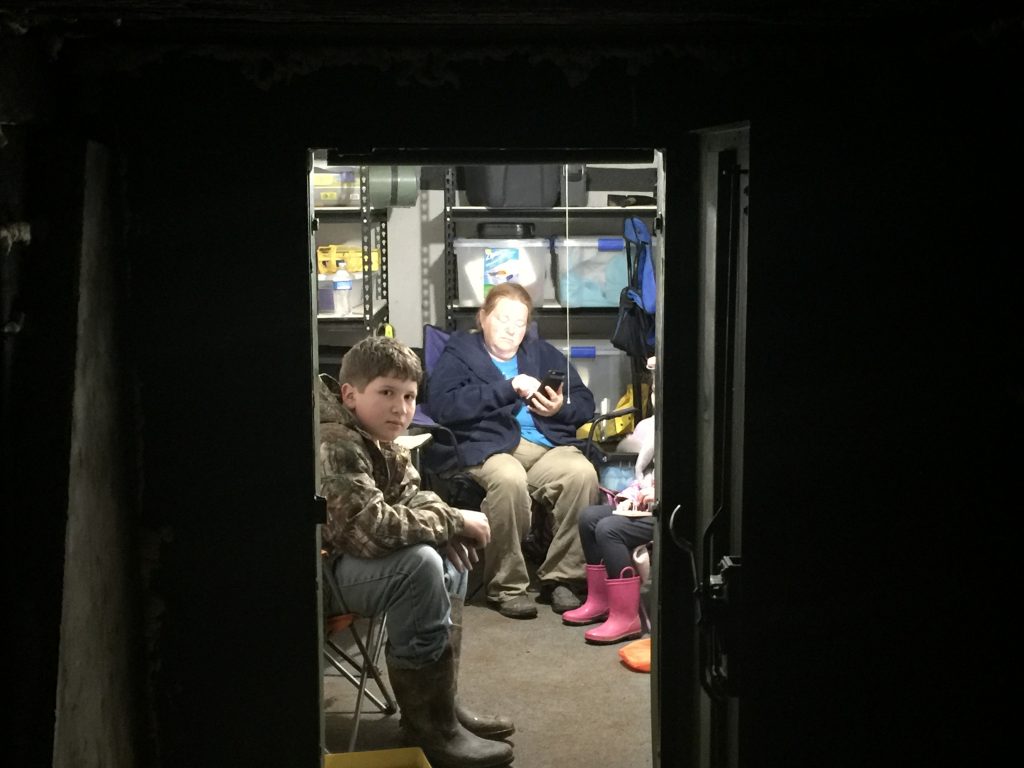 One night last week at 1:35AM the weather radio alarm went off and I checked the radar. There was a massive storm from the north headed right at us. A severe thunderstorm warning was issued with special weather statements and we moved like lightening to the shelter. Like a fine tuned machine we evacuated to the shelter with a few small insignificant issues like kids needing a bathroom break during our first 5 minutes in the shelter, clothes grabbed in haste being 16 sizes too small, large insects in the shelter going on the attack, cell service being a little “spotty” (like nonexistent) underground and a fan so loud unless we took a direct lightning strike or the world ended we would not have known anything was actually going on outside. We were actually in the shelter about an hour but when we decided it was clear everyone went back in the house and quickly went to sleep. Except me that is, who was on storm watch and besides it was only about 45 minutes before I needed to get up anyway.

Lessons learned: no plan survives first contact with a seven year old backed up by her twelve year old brother. The execution of our plan might have been somewhat flawed and in need of a little fine tuning but having the people you truly love safe during a major weather event cannot be underestimated, please plan accordingly.